I was nervous and excited about my first cruise. I had no idea what to expect really. I read a few posts on what to bring and pack and was feeling overwhelmed. I decided to narrow down 12 things I wish I knew before cruising so you can travel like a pro. 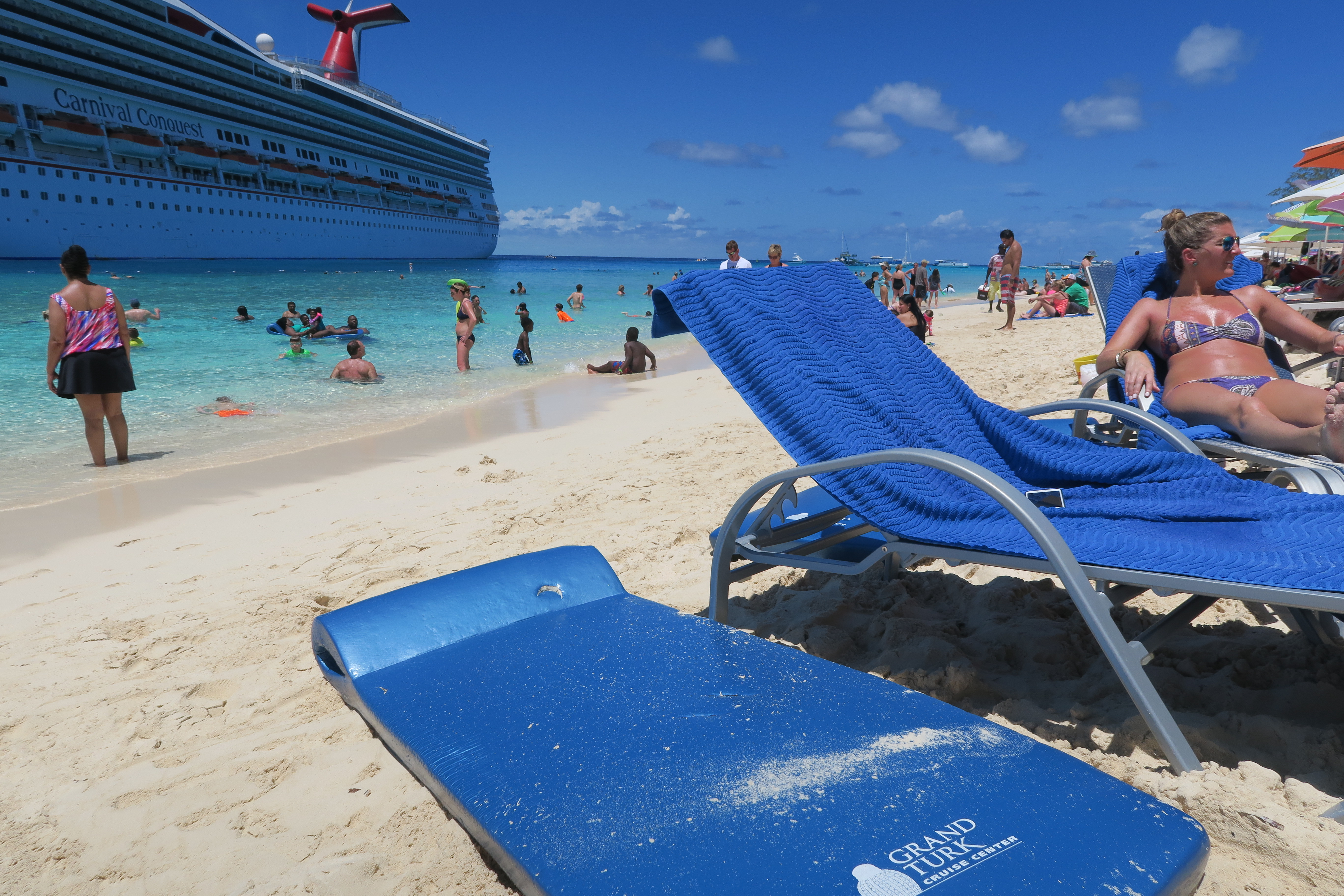 1. If you can, I would highly recommend purchasing the Early Bird VIP boarding pass.

For us, we flew down the morning of embarkation landing in Fort Lauderdale at 10:30 am, arrived at the port around 11:15 and were on the ship before noon. Some extras are worth it when it comes to relaxing on vacation and this add on is one I would do again in a heart beat.

2. Take advantage of first night specials in the spa and dining rooms.

We took a tour of the spa after boarding and were offered specials rates if we booked our appointments for the same day. Not only did we save money, but we also got amazing massages without worrying about a sun burn. It was a great way to start off the night. The steakhouse also was offering a half off bottle of wine at dinner time. Since we did not purchase the Cheers package, this was an awesome deal and we bought two bottles! 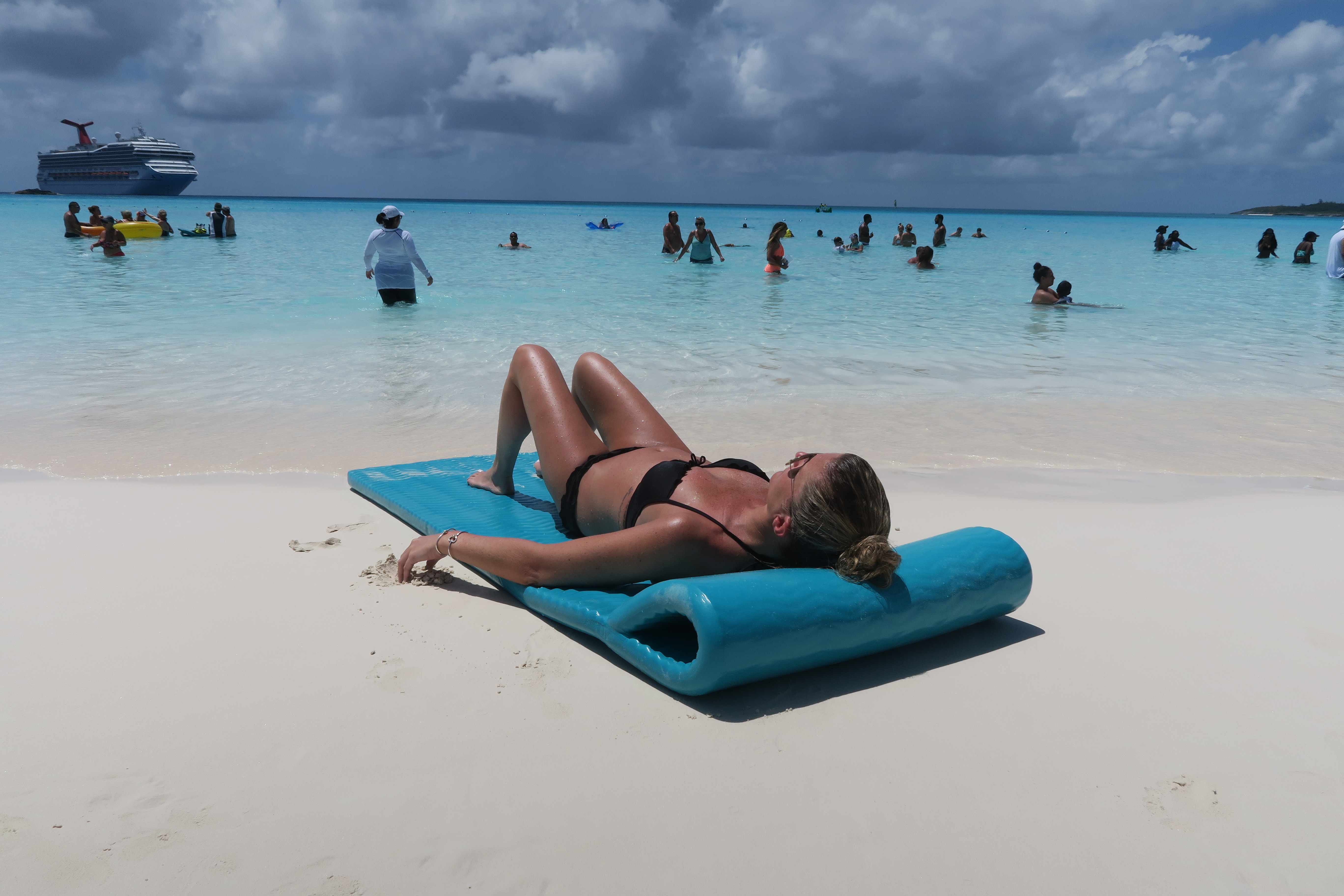 3. Book spa appointments before you go.

I had planned to book a massage on the ship but decided to wait until I got on board to do so. When we took the tour, I realized that a lot of the massage offerings that were available online before embarkation were no longer on the menu. I wanted a regular deep tissue and ended up getting a bamboo massage which was a deep tissue with the use of a bamboo stick. I loved the bamboo massage, it was one of the best I’ve had and now I’ll be more inclined to get one at home but if you have your heart set on a treatment, book it in advance. 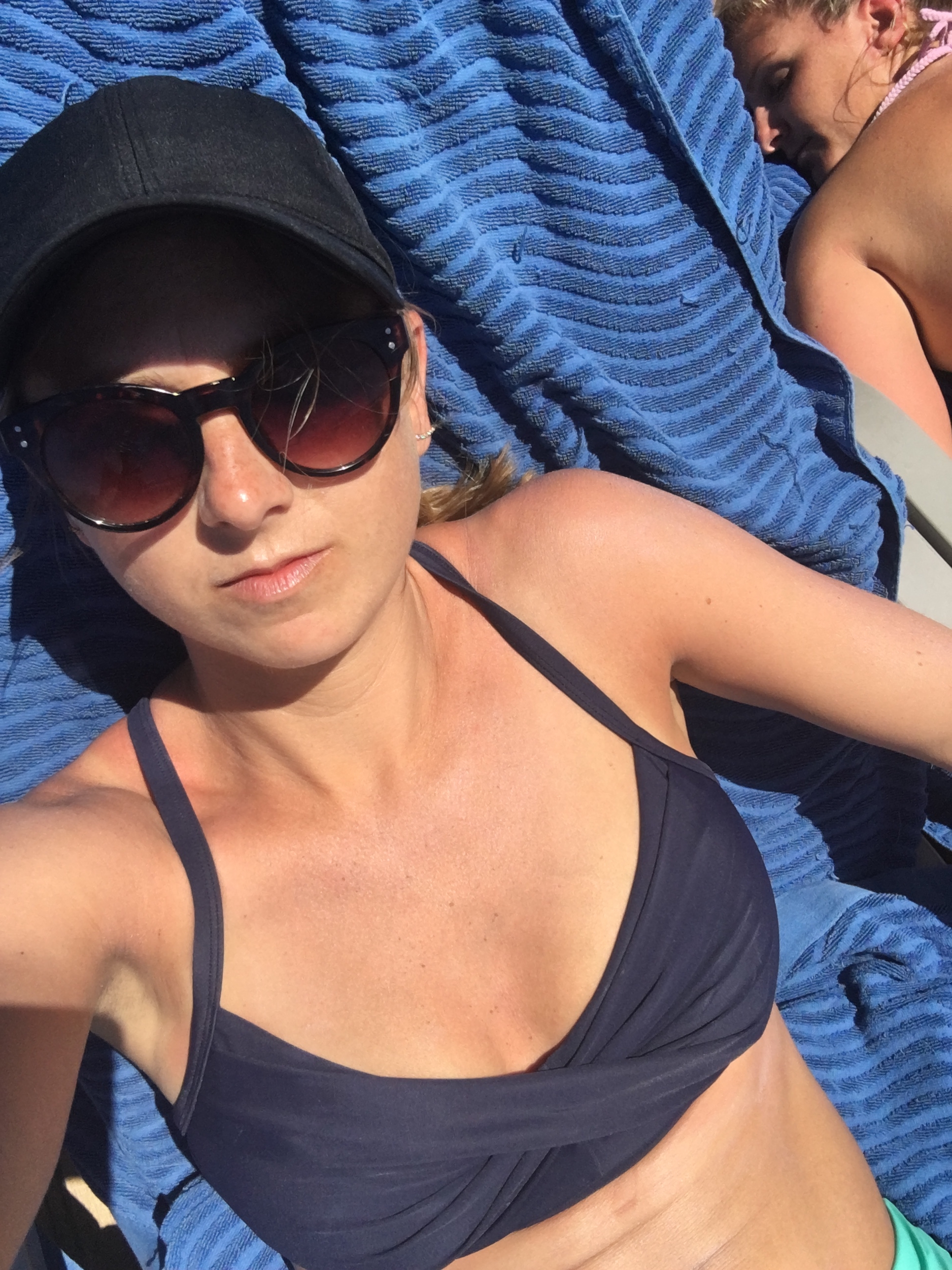 4. Bring something to hold your Carnival card.

I did not realize that I would be getting a card with all my information held on it from charges to opening my room door. You also need this card when getting off and on the ship. It should be easy to access. Many people had cute lanyards, others had special key chains. You can buy something on the ship as well.

5. Pack a water bottle or coffee mug from home.

I actually learned this tip from another cruiser. The water cups around the Lido Deck are on the smallish size for someone like me, who can chug 16 oz. of water in a minute. If you want to have water on hand at all times, bring a water bottle so you don’t have to get up every half hour to have a drink of water. Same goes for the coffee in the morning. The coffee mugs hold about 6 oz of coffee and while there is a coffee shop on board, there are no to-go cups in the buffet. If you bring your own coffee mug, you can fill your cup with ice and make iced coffee too!

6. Remember a charge port for the outlet in your room.

We had one outlet in our room and with two girls who love their cell phones, this wasn’t enough. I brought an extension cord so we could charge two devices at once. I highly recommend doing this! The Carnival website says, “Power strips, multi plug box outlets/adaptors and extension cords (without surge protectors) are allowed on board when used with proper caution. However, if such devices are determined to pose a hazard, they will be removed and returned the last day of the cruise prior to debark.”

7. Splurge on dinner at the Steakhouse!

We went to the steakhouse two nights because it was THAT good. At $35 per person, it’s a steal compared to the steakhouses here in Boston who charge that just for the main course. This price includes appetizers, sides and dessert. We loved our meal so much the first night, we basically ordered the identical meal the second time. This included shrimp cocktail, crab cakes, Cesar salad, Filet with 1/2 lobster tail, baked potato, roasted mushrooms and cheesecake. Since we went the second night of the cruise, our bottles of wine were also half off. 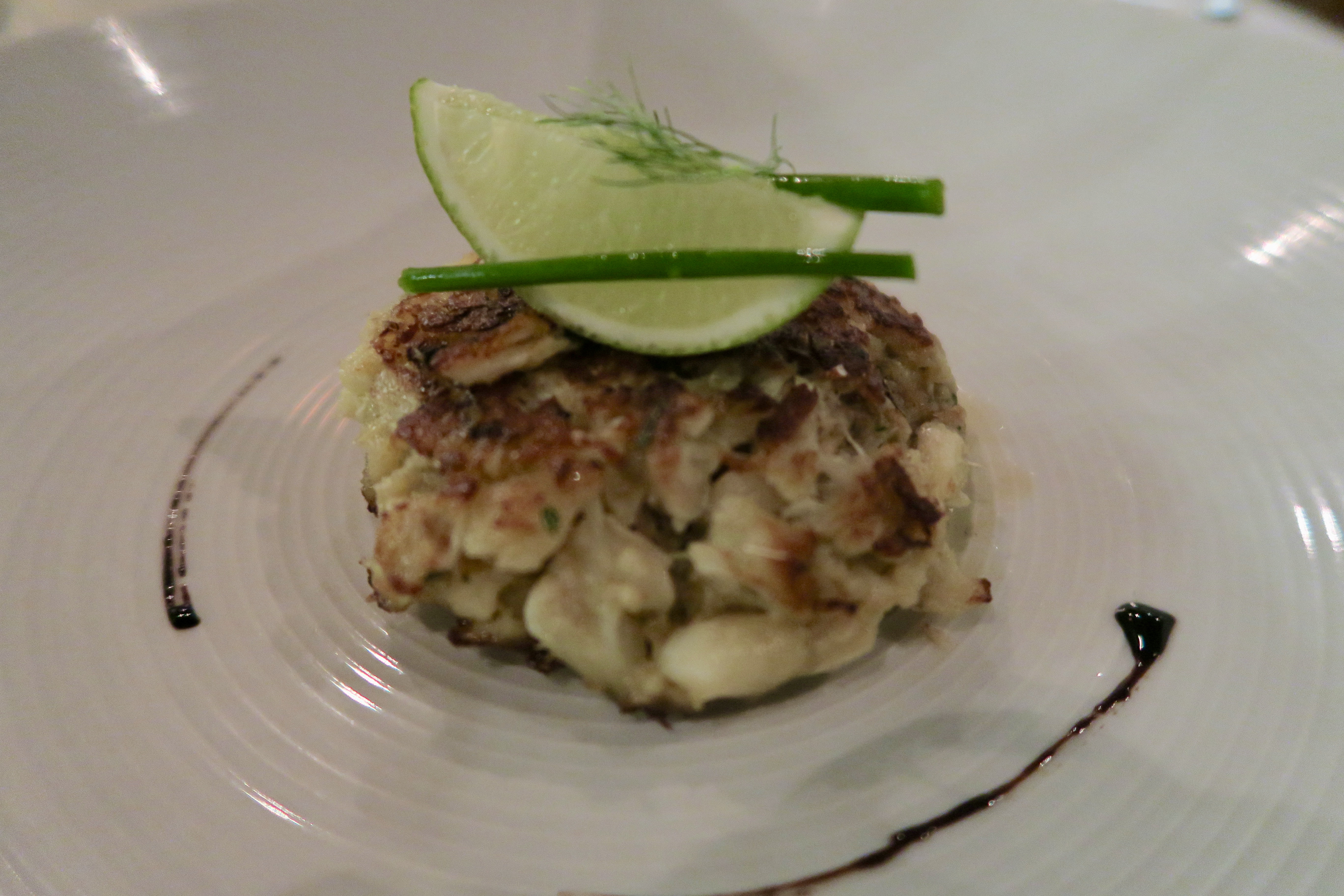 8. Don’t stress about the excursions.

I don’t know why I was so stressed about the excursions. I did a lot of research ahead of time reading reviews. Carnival offers a lot of options at every port! I wanted something more active and my friend wanted a more leisure experience. It’s easy to book ahead of time online, on the ship and then also in person at the port. We couldn’t agree on the same excursion before the trip so I ended up renting a Stand Up Paddleboard at Half Moon Cay while Anne Marie rented a float. We could not have been happier. 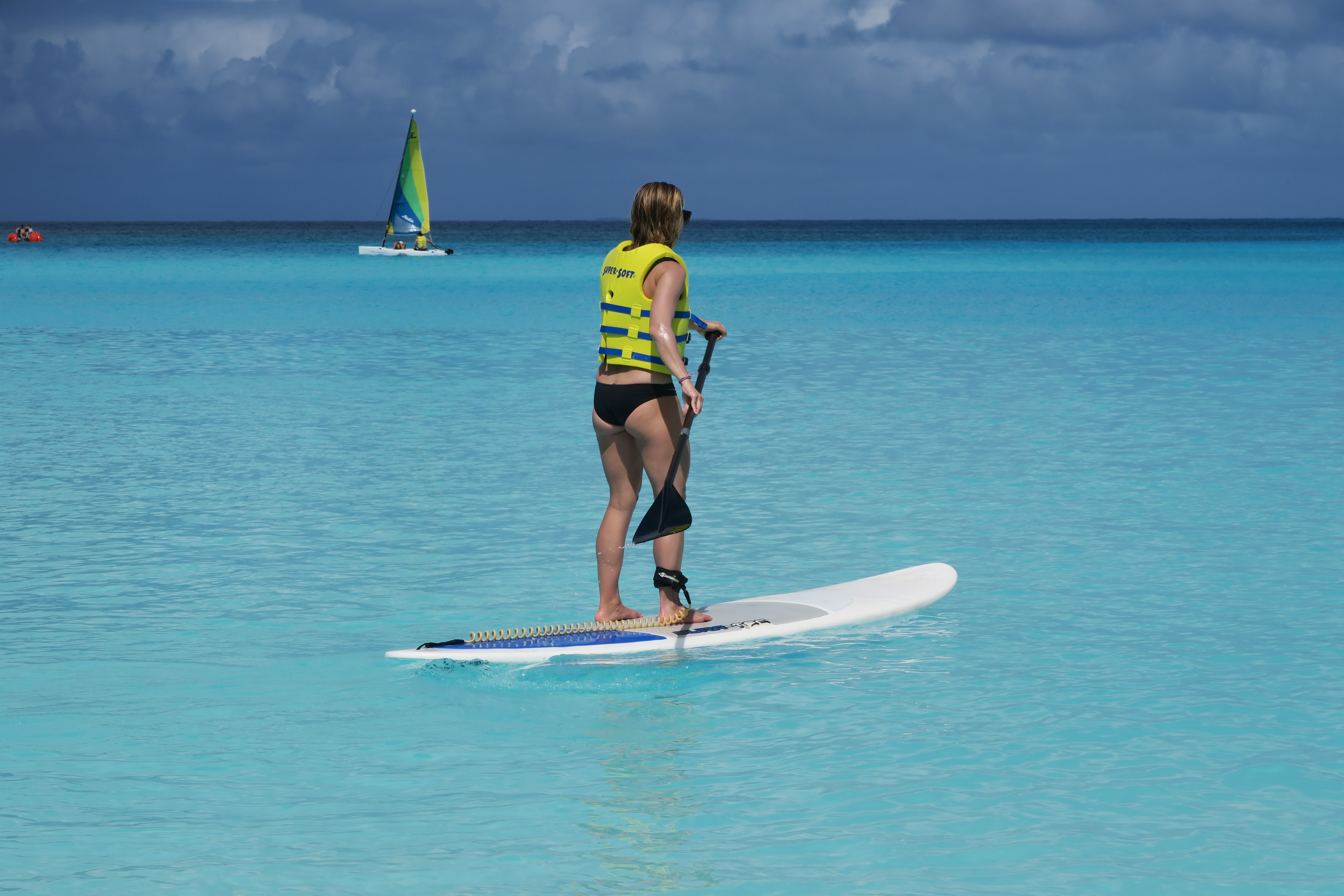 9. Get a good seat for shows by showing up a little early!

One of the comedy acts drew a huge crowd and we wished we had arrived a little earlier to get better seats. The shows on the ship were so good and everyone was equally as excited to see them. We never had a problem getting good seats with any of the music or theater productions but the comedy packed a full house each night. 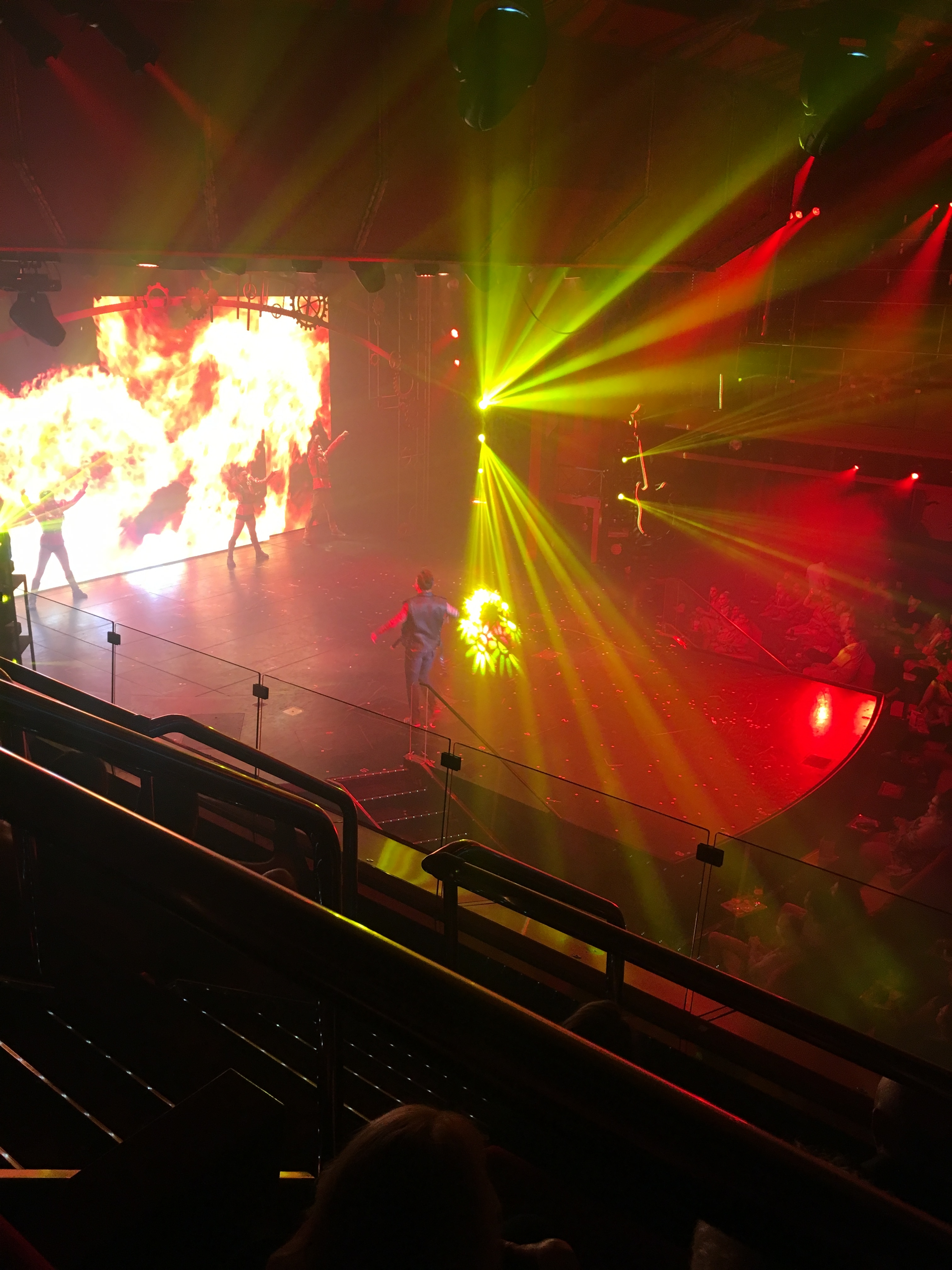 10. Don’t forget to bring your fancy clothes for formal night.

Who doesn’t love getting dressed up? Ok, some people might not, but I loved how during the day everything was so casual and then two out of the 6 nights on board, we were supposed to “dress up”, i.e. don’t wear jeans and flip flops. It was a fun excuse to wear our cute clothes that we would have forgotten about. 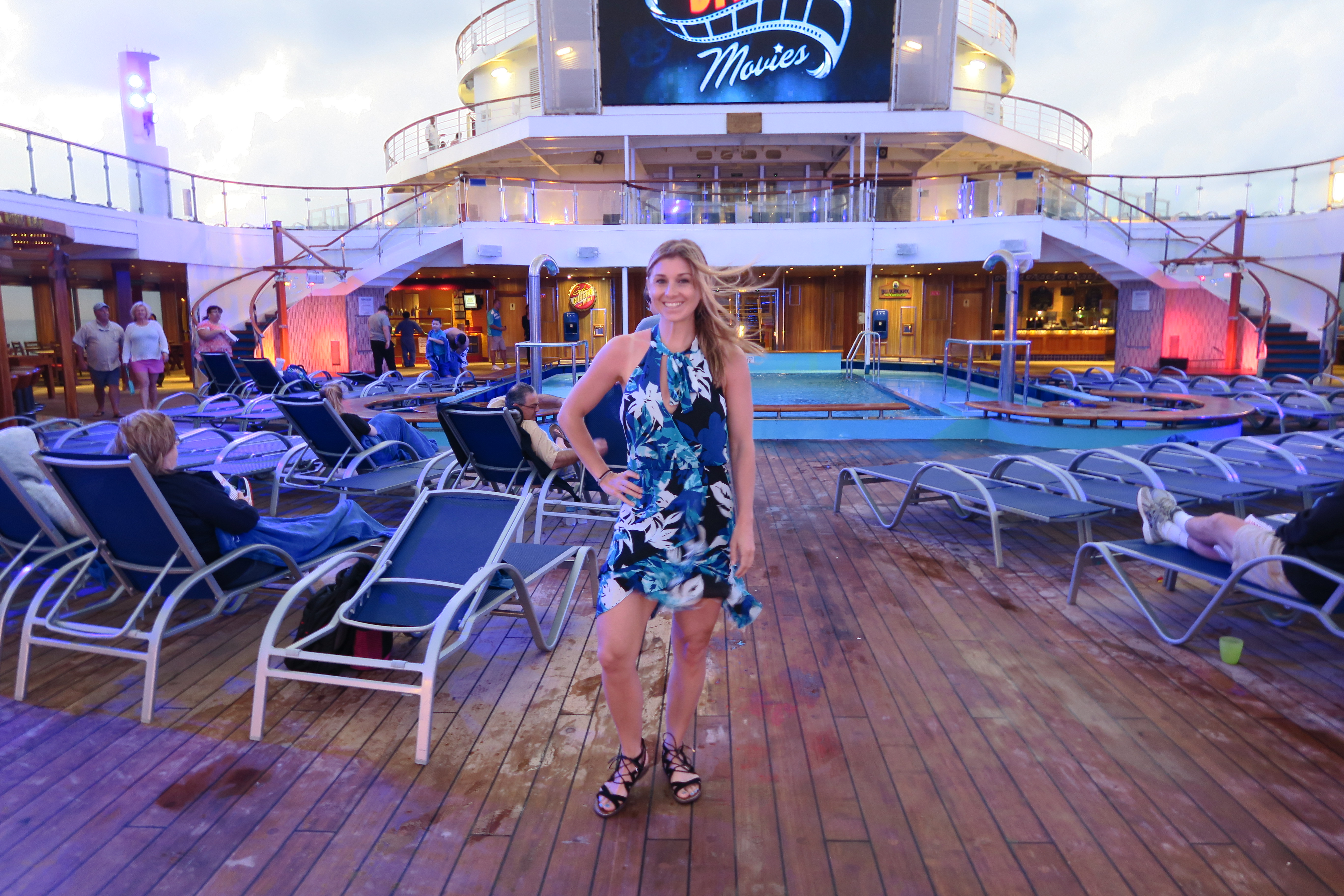 11. Cruises are a chance to disconnect. Embrace and enjoy!

I love traveling outside the US because it forces me not to use my cellphone 24/7. There is internet on the ship but with 3000+ people trying to connect in the middle of the ocean, it’s not the fastest. I’m including this here because I thought I’d be able to get some work done and wasn’t able to. This is honestly a blessing because it forced me to relax and as a result, you guys saw how much fun I had on the ship! If you really need to connect, your best bets are at the ports with bigger restaurants.

12. Wear your sunscreen on days at sea!

The sun can be strong when you are out at sea. With a slight wind, it may not feel that bad but you are getting plenty of sun as a result of the reflection off the ocean. I got a tiny bit burned due to my eagerness for a tan on our first day but was fine after that. 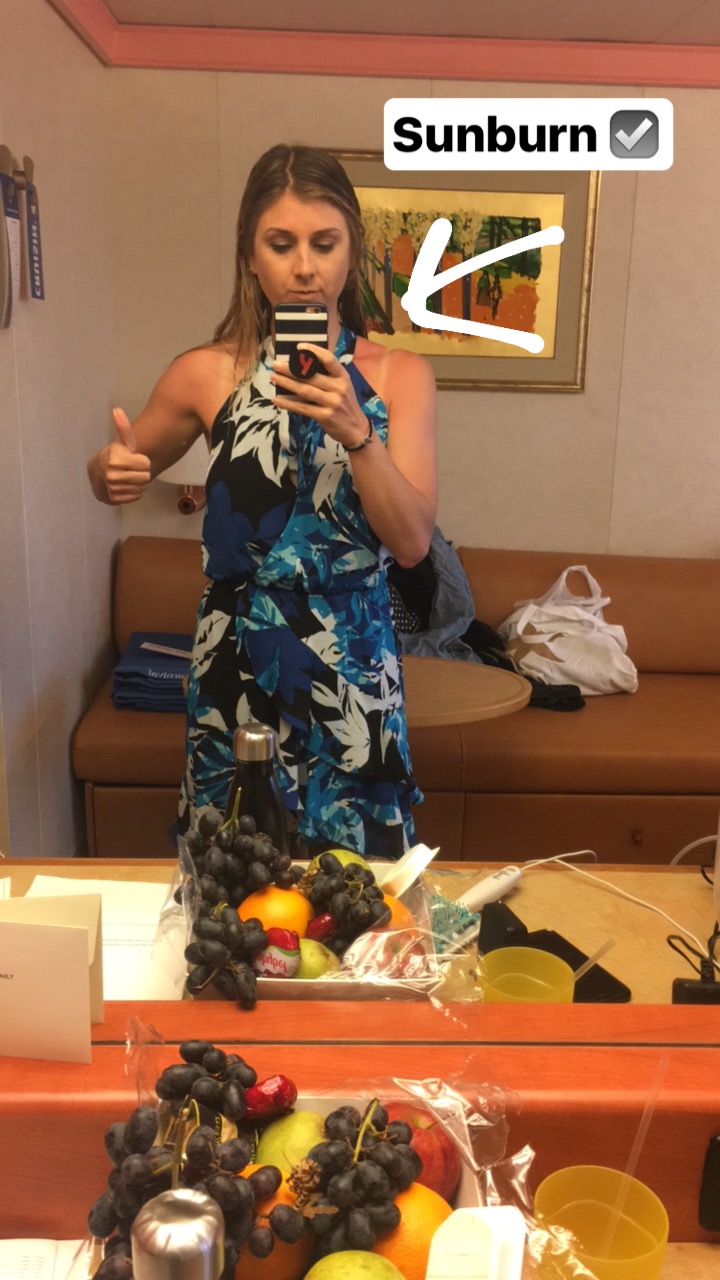 I thought being a first time cruiser would be pretty apparent on the ship but it really wasn’t. Hopefully this list will help a lot of you plan for your first cruising experience. I had a blast and I’m already looking to see where else I might want to cruise next!

This post was created for Away We Go with Carnival, the destination for getting in the getaway state of mind. Head on over.

This site uses Akismet to reduce spam. Learn how your comment data is processed.

Subscribe to our list and get your Free printable PDF of my Prenatal Fitness Guide including 6 workouts, 2 for each trimester!

Join the waitlist and learn more about the most efficient fitness and nutrition program on the market and get updates on my upcoming rounds!